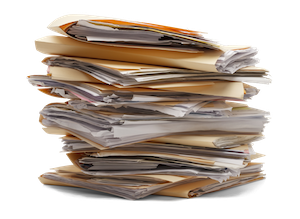 When I was about 7 years old my father gave me an extensive selection of obsolete company stationary from his business. For weeks after that, every piece of paper I could get my hands on was covered in date stamps, signatures and company seals, each with carbon copy, receipt slip all stapled together and filed into separate envelopes with a wax seal, in turn stored in a large box file….. for what purpose? Absolutely none, it gave me a something to do and I felt important. Well, I think you can see where I am going with this…

So I am British, and along with our common law cousins (USA excepted!) the whole notion is somewhat alien and I regularly find myself in conversations asking “…so explain to me again why you really need Notaries?” and whilst I never entirely understand the answer, I do of course recognise that in some countries they provide independent authentication of documentation, contractual agreements and in some cases expert advice. However, in other countries it has become somewhat of a self-serving mechanism whose rules appear as little more than to justify and perpetuate its own existence.

For example, in Istanbul one of the rudimentary documents you need for carrying out business is a notarised copy of your signature. You get this by having the photo page of your passport translated, showing it to the notary and signing an A4 piece of paper 3 times. They stamp this piece of paper declaring that the signature is the same as the one on your passport (you might then argue that the passport was the best proof of signature in the first place, but let’s not go there).

In addition, some Notaries put a 12 month expiration date on this document, great news for the guy who changes his signature every year, but for the rest of us it is just something else to forget until one day, 366 days later, when it throws your whole plans awry.

Worse than that, last year I was in a Notary Public to carry out some routine business and presented my signature document, valid, stamped and authorised from a Notary Public not 500 metres away. I was subsequently told that it was not admissible as it had been notarised by a different Notary Public!!?? …I hear you ask “Well what’s the point in notarising it in the first place?” I’m afraid I couldn’t answer that that question then, and I cannot answer it now, all I know is that, incredulity suitably suppressed, I just sat patiently whilst they produced another one and continued with my business.

Maybe we need another notary to notarise the work of notaries…. but then who would notarise them? It’s a bit like the mathematician’s conundrum of infinity, no doubt there is a solution involving waiting, fees and lots more paper!